Score One For Hil 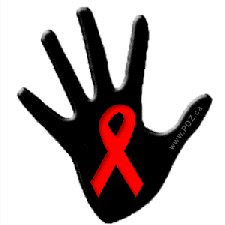 …announced a global strategy to combat AIDS and said as president she will strike one of the most controversial provisions of George W. Bush's global AIDS program — a requirement that one-third of disease prevention funds go to abstinence-before-marriage programs.

This story is timely because World AIDS Day will be recognized tomorrow.

And the centerpiece of Bushco’s AIDS effort is PEPFAR, standing for “The President’s Emergency Plan for AIDS Relief” (gotta love it the way this administration draws on its marketing background in the most annoying way possible).

However (and you knew there was a catch, as noted here)..

PEPFAR has been criticized by public health advocates outside the administration for its stipulation, mandated by Congress, that at least one-third of the money spent by the United States on disease prevention abroad should go to abstinence education programs.

Bush administration officials have defended abstinence education as part of a multi-faceted approach to fighting AIDS, a strategy that also includes "being faithful" and using condoms.

But as we know…

By touting abstinence-until-marriage programs, the U.S. government is misrepresenting an overwhelming body of available scientific evidence. Evidence from the United States and elsewhere shows that such programs have not worked to prevent either sexually transmitted diseases or pregnancy. In fact, several studies show that while teens who participate in virginity pledges, a common component of abstinence-only-until-marriage programs, may delay sexual debut, they are far less likely to use condoms or contraceptives when they do have intercourse, exposing them to increased risk of unintended pregnancy and STDs, including HIV.

These programs also mistakenly assume that marriage is a protective factor against HIV.8 In the focus countries, married monogamous women are, in fact, among the most vulnerable for HIV infection. Evidence increasingly demonstrates that because women often have few rights within marriage, marriage itself may be a key risk factor for HIV.

I think we can pretty much assume that any one of the Democratic candidates who emerges as the nominee would follow Clinton’s lead here, but give her credit for being the first to "blaze the trail" (and let’s also offer thanks that, according to this CNN report, the campaign workers held hostage at Clinton’s headquarters in New Hampshire are apparently all right; hopefully, this will all be resolved without anyone else getting hurt).
Posted by doomsy at 1:45 PM