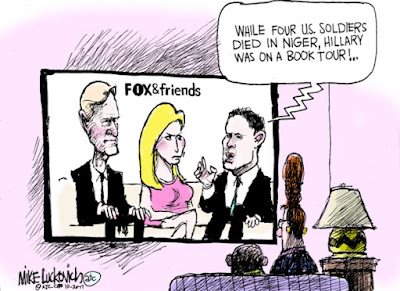 This clip from NowThis tells us about the documentary film from Jen Senko about her dad being indoctrinated by Fix Noise and right wing talk radio – sounds like he made it out the other side, fortunately for him and his family (more here)…

…and of course the “Democrat” governor reference in this clip is the least awful thing that our Insane, Tiny Handed, Treasonous Lunatic In Chief has recently concocted, as Brian Tyler Cohen tells us… 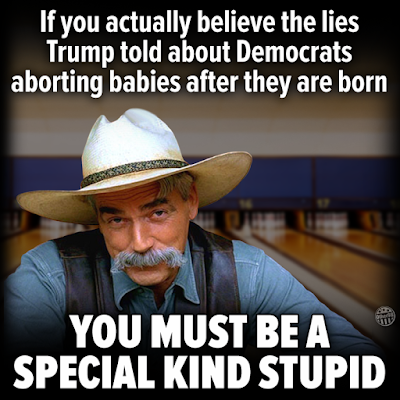 Oh, and even though Trump is unleashing more of his typical BS, this time on the whole “born alive” garbage, you would think that the Catholic Church would realize that they’re a party to all of this and say, “hey, we want to get rid of Roe v. Wade, but this is all a bridge too far, as it were.” You know, on account of that whole “bearing false witness” thing.

I mean, that’s what you would think, right?

Well, as it turns out, you would be wrong. This is a link to the web site of the U.S. Conference of Catholic Bishops, and do you know what they have to say about this?

Cue the sound of crickets…

…and turning to more legal garbage from our Deatheater-In-Chief, as I watched this, I couldn’t help but get the sinking, despairing feeling that Comey, Rosenstein and now Mueller just turned out to be the same old Republicans falling in line like they’re supposed to, as Bill Maher tells us (NSFW)…

…and I think Farron Cousins is a little behind on the thing with Ollie North (here – and what kind of a scumbag do you have to be to be booted out of the NRA, I wonder?), but otherwise he’s spot-on about the Giffords Law Center trying to get the FEC to do its job…

…and this may be a bit of a “Nixon Goes to China” musical selection, but as far as President Fergus Laing is concerned, the title definitely fits.