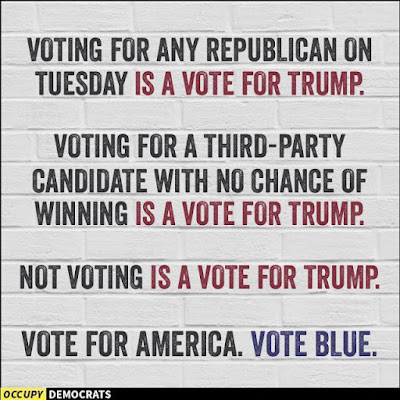 Rachel Maddow tells us that, should the Dems win the U.S. House tomorrow, that would mean that THEY would be in charge of the House congressional committees, which wield a hell of a lot of power, including subpoenaing the tax records of a Certain Orange, Delusional, Wannabe Dictator…

…and Farron Cousins tells us that Energy Secretary Rick “Goodhair” Perry recently gave away the proverbial game when it comes to storing nuclear waste in Yucca Mountain, which is a big deal in Nevada (yes, Dean Heller opposes it because he isn’t dumb as a door knob, but what good does THAT do when the rest of his party SUPPORTS IT?).

…and turning to our beloved commonwealth, please support Perry Warren for state representative (for PA-31 folk)…

…as well as Steve Santarsiero for State Senate (District 10)…

…and Scott Wallace for the U.S. House of Representatives (for PA-01)… 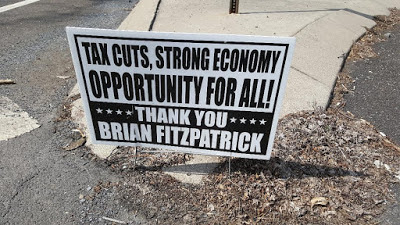 (And by the way, I don’t know if I ever said this in so many words, but the reason why I’ve included this pic is to show that, as is so often the case, Not Your Father’s Republican Party was guilty of big-time overreach on their latest tax cut scam. I drove past this sign awhile back a couple of times, but finally, when I saw it the third time, I realized I had to pull over and get this picture. And sure enough, as soon as the Repugs realized that voters were onto their latest con, they pulled up these signs. And of course, you can consider my inclusion of this picture my attempt to make sure that voters NEVER FORGET that this is part of their latest disgusting swindle at our expense…and as we know by now, Bri-Fi voted for those horrible tax cuts from Trump and his party, not once, but twice).

Update: Oh, and I somehow forgot about these oh-so-precious moments from Bri-Fi's campaign (probably because I subconsciously wanted to preserve my gag reflex)... 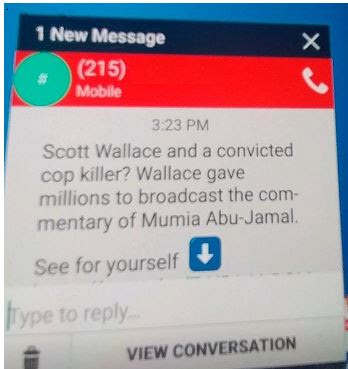 …and here’s a tune to put some “pep in our step” while we engage in any last-minute campaign activities and get ready to head to the polls.