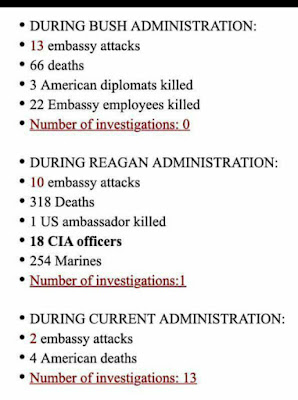 Given the end of Trey Gowdy’s ridiculous BENGHAZI!! circus (here), I think it’s important to revisit this segment from Lawrence O’Donnell…

...and Samantha Bee has some advice for the Democrats here (something to note also in light of this)...


…and oh yeah, remember when this country was capable of the type of moral outrage that U.N. Ambassador Samantha Power displays here? Well, you can put something like this in a time capsule and you should probably lock it up tight, since it will be nothing but a historical curiosity after the regime of Generalissimo Trump takes over (she might as well have asked some of these questions directly to The Big Orange Cheetoh himself)…

…and I’ll admit that I’m a little behind on this, but Mike Malloy tells us here about the KKK parade in Roxboro, NC for President-Elect Fergus Laing…

…and once more, I give you some holiday selections to keep from going completely bonkers.