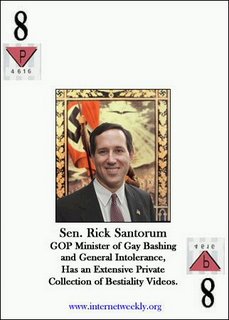 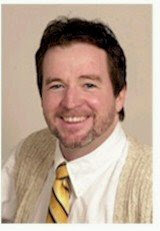 Heckler has a short fuse and nasty temper.
This is not good for a district attorney who must have an open mind and not make snap judgments or mistakes that go uncorrected.

The district attorney is often referred to as the prosecutor but is empowered to serve justice by finding the truth which can result in no prosecution.

District Attorneys have sent innocent people to jail, to death row, and if the DA enjoys an inflated ego, the innocent one is the real victim and justice is not served.

Besides, isn't he going backwards, don't the DA's usually go to judgeship's and not the other way around?
I wonder how he would handle himself bringing a case before judges that once were his peers?
Can he take a reprimand from a former peer? Will he expect favors from former peers?

I think once a judge, the next step is retirement. And for Heckler,it is time to retire.

Guardian, I definitely have my issues with Casey on the so-called "values" stuff like God and guns, but he also has cast some good votes (a little "late to the party" on the public option, I believe, but I think he's there now). All I'm saying is that he's a far cry from Little Ricky, that's all. And good point on Heckler more or less going backward career-wise, Anon.

Heckler is a professional politician. NO MORE PROFESSIONAL POLITICIANS , I'M BEGGING YOU! He is one of those who has sucked the blood of Bucks County residents for decades. He is one of the ones running around talking about "The Republican party is the party of Law and Order. That is a scare tactic. The Capuccio case shows that is not really the case. Heckler is an old political hack who takes advantage of conservative and republican voters who actually think he is a republican or conservative. He needs to retire and go play golf somewhere. He will make a horrible DA. On the other hand...Chris Asplen ROCKS and is a fantastic candidate. Young, fresh, smart, a leader in DNA forensics that either nails the criminal or proves their freedom. Chris Asplen relies on undeniable science. Heckler operates on hunches, emotions, manipulation, and good ole boy fake Bucks county republicanism. I'm a republican and voting for Asplen. I feel great about splitting my vote on this ballot. I vote person, not party....and Chris Asplen really is the man for the job. They both have Facebook pages and as of today, Heckler has 89 supporters. Asplen has 223. I wonder if there will be a correlation in the election. That will be a good study. It may just show that Democrats are more computer literate (which I think is probably the case) Right now Heckler needs to knock on doors, not send out stupid 8x10 glossy postcards that make him look really, really desperate. This is the GOP's biggest most important race right now. Last year, the Dems had more voters in Bucks than the GOP's. This is a first in Bucks County history. If the Dems can energize voters like they did in the presidential, then Asplen will be in....BUT in many areas of Bucks, Heckler got twice as many votes as Asplen in the primaries back in May. As a professional marketer, I wish I could run Asplens campaign in this last week. He really needs a little boost right now to completely smoke Heckler. Voting Heckler is going backwards. Asplen is up to date, contemporary, relies on science to prove things, and truly just the better candidate. VOTE PERSON, NOT PARTY.