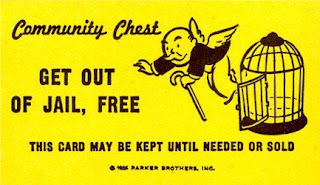 Yes, I think it has been pretty thoroughly established that Obama Administration Attorney General Nominee Eric Holder screwed up in the case of the Marc Rich pardon, if for no other reason than the fact that he allowed himself to be “lobbied” by former Israeli Prime Minister Ehud Barak on the matter in the closing days of the Clinton Administration, as noted by Richard Cohen of the WaPo here (h/t The Daily Kos – registration required).

However, I think the following should be noted about the Rich pardon from today’s story in the New York Times (to recap, Rich was charged with 51 counts of tax fraud and accused of owing $48 million in back taxes; he fled the country to Switzerland during his prosecution in 1983)…

Federal prosecutors in the Southern District of New York were unwilling to negotiate with Mr. Rich’s lawyers while he remained a fugitive. Mr. Holder told (Rich lawyer Jack) Quinn in one phone call in November 1999 that he believed the prosecutors’ refusal to meet with the Rich lawyer was “ridiculous,” according to notes by Mr. Quinn obtained by House government reform committee investigators as part of a three-volume report on (President) Clinton’s pardons.

And who I wonder was one of the U.S. attorneys who originally brought the case against Rich (which, Rich’s lawyers argued, should have been handled as a civil and not a criminal matter)?

Why, that would be Rudy 9iu11ani; as the New York Daily News noted here as the news of the Rich pardon broke in January 2001 (with typical understatement, of course)…

Mayor Giuliani used to keep a photocopy of a $200 million check on his office wall.

It was written by Marc Rich's former company to settle criminal charges of tax evasion and lying to government agencies.

But the check was all Giuliani got for bringing the biggest tax-evasion case in U.S. history. What, or whom he really wanted - Marc Rich - got away. When Rich was pardoned last week by President Bill Clinton, Giuliani was angry.

Sure he was, losing such a high-profile "perp" (and as Wikipedia tells us here, Rich “was required to pay a $100 million dollar fine and waive any use of the pardon as a defense against any future civil charges that were filed against him in the same case”).

So, basically, Rich was required to waive the pardon as a defense so he could be prosecuted ad infinitum over this matter. Tell me who in their right mind is going to agree to terms like that?

I agree that Rich is a bad apple; CNN reported in 2005 that he was a “middleman for several suspect Iraqi oil deals involving over 4 million barrels of oil,” as in the “oil for food” scandal.

But given the fact that he made restitution to some degree, to say nothing of the fact that his case was originally brought by an extremely politically minded prosecutor, I would say that it’s not fair to weigh this matter too heavily against Holder (who, it is generally acknowledged, is a fine candidate otherwise).

Oh, and by the way, as long as the Rich case is generating so much attention (probably because of the combination of the Holder circumstances and the fact that these are the dying days of Bushco, lending themselves to last-minute pardon coverage anyway), can our corporate media at least devote a fraction of its time to the Poppy Bush pardons, namely those involved with Iran-Contra? I care a hell of a lot more about them than I ever will about Marc Rich (particularly because Elliott Abrams, one of the five, emerged as a “player” once more under the foul reign of Poppy’s progeny).

One more thing: on the matter of Obama’s appointees, this Daily Kos link takes you to the musings of none other than The Rude Pundit, who (in his inimitable style that I dare not try to replicate) captures my sentiments perfectly.
Posted by doomsy at 10:08 AM