Hillary Gets Schoen Up Again 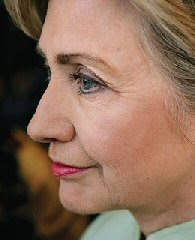 To me, this is a case study in how screwed up the Hillary Clinton campaign truly is.

First, we have this post (h/t The Daily Kos) telling us that, of the $22 million currently owed by her campaign for president, $3 million went back to Penn, Schoen and Berland, a marketing /PR /advertising firm working in some capacity for HRC (the “Penn” is Mark, of course, and the “Schoen” is Doug).

(Note: I was able to access the Balloon Juice post yesterday noting this, but today, I continually receive a WordPress error – just an FYI.)

So, you would think that for that kind of dough, Penn, Schoen and Berland would be exhausting every opportunity on behalf of their client candidate, especially with Obama less than 100 delegates away from putting this whole primary season “to bed,” when it comes to publicizing how much better she would be for the White House than the senator from Illinois.

Well, if you believed that, you would be wrong; apparently (in the best DLC/insider/Beltway tradition), Penn, Schoen and Berland have already hedged their bets for the fall 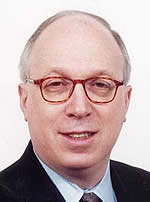 I say that because Schoen (pictured) somehow found the time to offer some supposed advice for John W. McBush yesterday in the form of this HuffPo column in which he beats the “divided Democrats” drum over and over and basically tells McBush that “selecting Joe Lieberman (as McBush’s running mate) is not only a smart electoral strategy…but a strategy that could potentially transform American politics.

The sheer idiocy of that claim is astonishing enough, especially considering Lieberman’s recent loony Op-Ed in the Wall Street Journal so thoroughly eviscerated by Hunter here. But to make it while you’re still collecting dough from the opposition is rank thievery as well (unless somehow this leads to a spot on McCain’s ticket for Clinton, in which case Schoen’s piece would somehow be a work of brilliance – hardly likely, though).

Such are the jackals upon whom Hillary has entrusted her run for the presidency. And it is truly sad.
Posted by doomsy at 11:30 AM