Cassels In The Sand 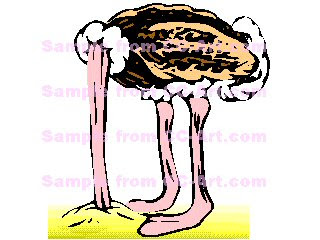 The Economy Remember the great fear of offshoring?

We can't let February slip by without noting an important anniversary. Not another presidential birthday - this month marks the third year since the Great Offshoring Scare of 2004.

Remember? It was this month three years ago that Americans woke up to the shocking realization that many of the voices on the other end of the tech-support help line were in India, or Ukraine, or the Philippines. The news hit like a rock, and life was never the same again.

OK, I'm exaggerating. A lot of us actually knew about offshoring before then. And as for life never being the same... well, you decide.

February 2004, however, is definitely when offshoring peaked as an issue.

That month, Wired magazine, which keeps its finger on the pulse of the information-technology community, published a cover article about the spreading revolt of American tech workers against firms that filled programming and other jobs overseas.

One of Wired's key interviews was with Scott Kirwin of Wilmington, who had lost his job doing back-office tech work for a bank in Delaware. The experience had shaken Kirwin's faith in American business and prompted him to start a grassroots activist group to lobby for protection against offshoring.

"Politicians are not aware of the problem that information workers are facing here," Kirwin told the magazine. "It's not just the IT people. It's going to be anybody. That really worries me. Where does it stop?"

That of course is the $64,000 question, as they say, as well as what new technological innovation will come in the wake of jobs already lost to provide new ones of comparable skill at the prior level of compensation or better.

Unfortunately, we should not hold our breath in expectation of that taking place, at least not until after 1/20/09, the day that, barring impeachment, we are no longer inflicted with Bushco, which, more than any other prior administration, is responsible for the exodus of jobs from this country.

Then, on Feb. 9, the White House released its annual Economic Report of the President. Buried deep on Page 229 of the report was a paragraph noting the growth of offshore outsourcing by U.S. businesses and suggesting this was basically no different from other kinds of international trade:

"The basic economic forces behind the transactions are the same... . When a good or service is produced more cheaply abroad, it makes more sense to import it than to make or provide it domestically."

Gregory Mankiw, who oversaw that report as chief White House economic adviser, didn't think it was very inflammatory. Neither did most of the reporters who covered the report's release. But the next day, a headline in the Los Angeles Times read "Bush supports shift of jobs overseas." And off we went.

Mankiw was taken to the White House woodshed. House Speaker Denny Hastert demanded a personal apology. Democrats went ballistic - it was an election year, after all.

And what happened next? Nothing.

Nothing, that is, like the massive outflow of jobs that many feared. Employment growth, which had been notably slow after the 2001 recession, picked up in the United States. (We've gained more than five million jobs since early 2004.)

According to who? Bushco’s Labor Department? Nice to do your homework on this, Cassel (and in typical Inky Repug-simpatico fashion, Cassel tries to utterly marginalize concerns voiced by the Democratic Party).

Recruiters who specialize in information-technology workers say they have more openings than they can fill.

And as a hot-button headline issue, offshoring appears to have gone the way of Y2K and the Red Menace. File it under N, for Not as Big a Deal as We Thought.

I love that the fact that Mankiw is a total right-wing ideologue is utterly omitted here (he is referred to in this set of Salon.com columns on offshoring from Andrew Leonard – interesting reading).

Also, I guess I should just automatically link to this column from Paul Craig Roberts whenever anyone from our corporate media starts peddling fiction about how wonderful our economy is in general and offshoring is in particular (the one I referred to in this post from a couple of weeks ago, in particular this excerpt)…

Over the past five years (2001-2006) the US economy experienced a net job loss in goods producing activities. The entire job growth was in service-providing activities--primarily credit intermediation, health care and social assistance, waiters, waitresses and bartenders, and state and local government.

The declines in some manufacturing sectors have more in common with a country undergoing saturation bombing during war than with a super-economy that is “the envy of the world.”

And this post referencing a column about Federal Reserve Chairman Ben Bernanke’s testimony before a Senate subcommittee notes that we’ve lost 500, 000 IT jobs to India alone (that’s a best-guess estimate, by the way – Bushco and Labor Secretary Elaine Chao don’t even bother to track jobs lost to offshoring).

And by the way, what kind of jobs is Cassel talking about anyway here? Contract, non-permanent ones with crappy “bennies”? And God forbid that a union is involved here, right?

Are we all still feeling just ducky about offshoring, boys and girls?

Yes, some still see offshoring as a threat, sort of. A Brookings Institution report last week said some metropolitan regions with lots of high-tech employment could see as many as 4.3 percent of their jobs go overseas. (Philadelphia isn't so vulnerable - the Brookings report estimates our potential losses at 2.5 percent at the most.)

But most economists who've looked at the issue rate the long-run economic impact of offshoring as either (1) minimal, or (2) positive. Using overseas workers to save money or boost productivity generally results in better or cheaper services, which in turn leads to more competition, more innovation, and growth.

But you don't have to take my word for it. Listen to Scott Kirwin, who made a return appearance in December to Wired magazine. Things have changed. He shut down his anti-offshoring Web site in 2006 and has since found himself a better job in the software business. "I don't view outsourcing as the big threat it was," he told the magazine. "In the end, America may be stronger for it."

I’m happy for Scott Kirwin, but I’m pretty fed up with those at this point who advocate offshoring/”free” trade/deregulation/any manner of DLC-promulgated-Third-Way-bullshit as a means to strengthening our economy and our workforce. The long and short of it is that, unless you're a member of the investor class, it’s a lie.

And by the way, here’s more from Roberts on how offshoring contributes to our trade deficit, something else Cassel didn’t bother to mention.

Finally, as I stated earlier, Dubya is the biggest presidential cheerleader of offshoring that this country has ever seen. Well then, if he’s so happy about it, why didn’t he show the labels on the boxes of all of these items manufactured in China instead of sticking duct tape over the markings designating their place of origin?
Posted by doomsy at 3:05 PM

i went to a toastmasters meeting last week here in buenos aires... one of the guests was an american ex-pat executive working here with exxon mobil... in the course of casual conversation, he disclosed that the entire u.s. payroll department for the company is now located in a buenos aires suburb... that's over 400 people and i have no idea how many more are here... that's right... EVERY payroll transaction, problem resolution, and employee contact for EVERY exxon mobil employee in the u.s. is handled from here... whaddaya know, eh...?

I'm sure that brings a smile to Cassel's face - why am I not surprised?