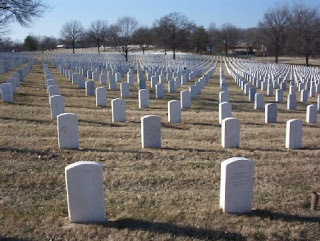 Which, of course, means no care at all…

Leave it to Dubya and the Repugs to create the excuse allowing more and more employers to opt out of employer-sponsored health coverage while providing nothing for those “left behind,” so to speak, to fall back on.

Oh, but Kate Baicker, a member of the White House Council of Economic Advisors (as noted in the ABC story, brought to us by Disney Incorporated), points out the following…

"There are always going to be some winners and some losers, but the people who might initially be losers have options…"

And after Baicker uttered those words, there was absolutely no follow up by the ABC correspondent (lovely – I guess her “options” would be strychnine or a jump from a tall building).

And so, what will those people do who will be left without coverage? Why, they’ll be forced to go out and compete for coverage privately, and those already covered by their employers will have to pay more when their health care premiums become taxable income if their coverage exceeds $15,000.

I wonder how he came up with that number?

I’ll tell you what; read this story about Rose Shaffer, a Chicago nurse who suffered a heart attack and endured much misery on top of that as a result, and tell me if you think Dubya’s latest scheme should be taken seriously.

Ms. Shaffer was hospitalized for three days. Do you know what it cost her?

So basically, Dubya is saying that it’s fine for us to have health insurance unless we get sick, and then if we do, all he’ll offer is higher taxes (and of course, tax cuts for those who have nothing, for whom there will be no income worth trying to save anyway).

And for more depressing news, please note the following from the AlterNet story…

The only real cure for the medical bankruptcy epidemic, according to Physicians for a National Health Program, is national health insurance – a system where coverage isn't linked to employment and medically necessary care is accessible to all without deductibles or copayments. If such sweeping reform seems a long way off, there are short-term fixes too. One would be to exempt medical debtors from any new laws restricting bankruptcies. "The bankruptcy courthouse doors must stay open for those who really need it," says Warren. Another worthwhile improvement, notes Henry Sommer, president of the National Association of Consumer Bankruptcy Attorneys, would be to better protect the homes of medical debtors; many states allow people only a small amount of home equity after they've gone bankrupt.

Jay Westbrook, a University of Texas law professor who co-wrote the 1981 bankruptcy study (cited in the story which notes that medical-related debt is the second leading cause of personal bankruptcies, topped only by job loss), believes bankruptcy patterns are an indicator of other social problems – high unemployment, rising divorce rates (people often file for bankruptcy after a divorce) and, in this case, a crumbling healthcare system. "Bankruptcy occurs when there is a crisis. That's what it's there for," Westbrook says.

And we know what happened to the bankruptcy law in this country already under the Repugs, don’t we?

And if Bush and his cronies have their way, the same thing will happen to any attempt at health care reform (i.e., we will continue to get hosed as a supposed remedy for an inequity of one type or another, trumpeted as a solution by our bought-and-paid-for corporate media).

Oh, but Dubya was going to make this big announcement tonight at his State of the Union address and I “let the cat out of the bag,” didn’t I?

Also, here are more lies from previous State of the Union addresses by Dubya (a proper response to the 2003 address could be the size of an entire book).
Posted by doomsy at 10:27 AM