Cake For The Rich, Crumbs For The Poor 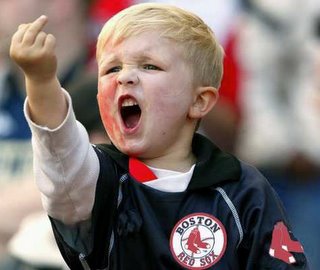 More on the minimum wage travesty from Dr. Dean...

Here's the question that the right-wing extremists who control the Republican Congress will put before the Senate:

"Over seven million Americans can have a raise of $2.15 an hour by raising the minimum wage, but only if we give a tax cut to 7,500 ultra-rich people at a cost of $753 billion dollars."

It's despicable, it's wrong, and we need to stop it.

Senate Republican Leader Bill Frist has said that this will be the only vote he will allow on a minimum wage increase this year.

Enough is enough. Contact your Senators and tell them to reject this shameful bill by signing this petition:

Democrats have been fighting for a minimum wage increase, but Republicans won't allow a straight up-or-down vote on it.

Now Frist and his right-wing allies say they will allow a vote on the minimum wage -- but only in the form of a bill that includes a huge giveaway to ultra-wealthy Republican donors.

We want folks to do well, but America shouldn't have to sacrifice billions of dollars to give only a small group of millionaires a tax break while millions of hard working Americans - some with two or more jobs - are barely able to make ends meet.

What's more, the Republicans' so-called minimum wage increase contains provisions that would actually strip wages from over a million people in seven states where they earn that state's minimum wage in addition to their tips.

This isn't responsible government -- and we're not going to take it.

Let your Senators know that they should reject it:

This is the kind of sad, twisted game that the Republican-controlled Congress has played for years.

We have troops at war without proper armor, a faltering reconstruction on the Gulf Coast, and a president openly defying the laws they pass -- and the Republican Congress gives us things like this.

Republicans have managed to find time to vote multiple times on raising their own salaries, though -- to the tune of over $35,000 during the 10 years since the last time they raised the minimum wage. Democrats, on the other hand, are opposed to Congressional pay increases until there's an increase in the minimum wage.

The Republican leadership's priorities are backwards and out of the mainstream. Even one moderate Republican Senator called the tactics around the minimum wage bill "unbecoming of the Senate".

It's up to the rest of us to stop this right now. Sign this petition opposing this sham bill:

I'm tired of a do-nothing Republican Congress that plays games with people's lives.

There's work to be done, and it's clear that the Republicans won't do it. But we're going to take these issues to the people and in less than 100 days Americans will have an opportunity to change course.

Thank you for being a part of making it happen.

P.S. -- Here are some simple facts that can't be ignored:

The federal minimum wage has been stuck at the same rate since 1997. Since then, Republican leaders have raised the salaries of Senators seven times. Salaries of lawmakers have gone up by $35,000 -- almost three times the entire yearly income of someone on minimum wage.

The real value of the minimum wage is more than $3.00 below what it was a generation ago, and right now has its lowest buying power in over 50 years.

The minimum wage is the lowest it has been in over 50 years relative to the average wage.

Raising the minimum wage to $7.25 an hour adds up to more than one year of groceries, over 9 months of rent, a year and a half of heat and electricity, or full tuition for a community college degree.

Please do what you can to help call attention to this vitally important issue.

The world's richest and most powerful country must do better.

Indeed, and here's more on this from diarist Nathan Newman at the Daily Kos.
Posted by doomsy at 8:22 PM