Glib Fib From A Lazy Lib 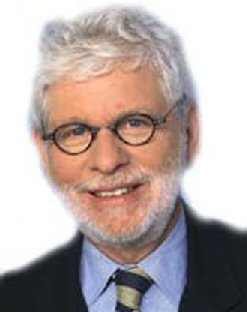 I want anyone who reads what I have to say here and may or may not be motivated to comment to know four things: 1) You have my thanks, and that goes for some of the freepers also, 2) I’m not going to have the most “cutting edge,” this-just-in breaking story kind of stuff unless it happens to fall squarely in my lap somehow, but you probably know that by now anyway, 3) I’m going to try and have fun if I can and gamble that not too many people are put off by it, and 4) When I find glaring inaccuracies or misrepresentations of history, I’m going to do my best to put things straight, even though it may be a bit of a boring exercise.

It’s possible that this post falls into the fourth category, so I’m letting you know in advance. Now, back to what I’m really talking about (re: a recent column by Richard Cohen of the Washington Post – registration required).

In yet another exercise of wondering aloud whether or not Hillary Clinton is A) going to be the recipient of more conservative ire and why she merits such treatment (of course she is, and is a reason necessary…that Cohen fellow sure is a master of the obvious, isn’t he?), B) trying to follow this DLC-chartered-Third-Way loser course to the legendary “middle” where the myth is that conservative Republicans would somehow vote for her, when in reality they would vote for a Democrat when I magically morph into Jon Bon Jovi overnight, and C) finally, agonizingly, eventually realizing over tortuous hours of Hamlet-like musings whether or not she actually, FOREVER AND FOR REAL is deciding to RUN FOR PRESIDENT ALREADY!, Cohen somehow worked in this paragraph about Eleanor Roosevelt.

…She was even more vilified than Franklin and all she ever did was go down into a coal mine, invite Marian Anderson to sing on the Mall and make some speeches in that high, squeaky voice of hers. Hardly worth hating, you'd think. But, oh, she was certainly hated.

I mean, Cohen is right about the coal mine, and supporting Marian Anderson to sing at the Lincoln Memorial in 1939 against the wishes of the Daughters of the American Revolution (Roosevelt resigned her membership with the organization as a result). And he is also definitely right about how the Roosevelts were hated; J. Edgar Hoover kept a file on her of at least 3,000 pages.

But although many people in this country have an image of her as this doughty woman who quite probably was either a lesbian or bisexual and the wife of the president who served for the longest term in office in our history, I find myself in the amazing position of having to remind someone like Cohen that Eleanor Roosevelt’s accomplishments were legion (I honestly wonder if Cohen realizes that based on what he wrote – what he wrote isn’t actually a lie, but I believe it’s definitely a misrepresentation).

Let’s start with this (here’s an excerpt).

“In one three-month period (after FDR’s election in 1932), Eleanor logged 40,000 miles of travel. She gave lectures, visited schools and factories, and wrote a newspaper column six days a week called, "My Day." In her travels, she witnessed how the Depression had devastated entire industries and regions. She saw, first hand, new government programs at work, and reported back to FDR.”

This pattern continued after World War II began; she traveled extensively to Europe and the Pacific, partly because her three sons were engaged in combat (and also because of her husband's incapacitation due to polio).

Here are some of her other accomplishments as first lady:

- She strongly supported women working outside the home and urged their employment in defense industries. When women workers had trouble finding child care and adequate pay, ER lobbied to have day care centers and take-out kitchens within various factories, and spoke out strongly in favor of equal pay for equal work.
- She played a key role in convincing FDR to establish the Fair Employment Practices Commission, which outlawed racial discrimination in industries that received federal contracts, urged equal treatment for blacks in the military, and helped to ensure that black units, such as the Tuskegee Airmen, had the opportunity to engage in combat.

After leaving the White House, Eleanor Roosevelt served in the United Nations General Assembly, where she took the lead in drafting and completing (in 1948, with other members of the Assembly) the Universal Declaration of Human Rights. In 1988, Sting, Bruce Springsteen, Youssou N’Dor, Tracy Chapman, and Peter Gabriel launched a concert tour to promote the 40th anniversary of the document’s ratification.

This link contains a great deal of information on her extensive involvement in the Civil Rights movement that began in the 1950s also. This excerpt shows but a small part of her efforts:

The challenge that she presented to the public, liberals, and the party through her (newspaper) columns was just as uncompromising. "It seems a pity that there has to be argument about the best way to assure part of our citizenry the rights that it should automatically enjoy," she wrote in mid-February. "In looking back over the many years since Lincoln's Emancipation Proclamation . . . how little we have to be proud of." When Clarence Mitchell informed her that Democratic whips were being outmaneuvered on roll calls because Republicans were calling for votes in the evening when the liberals had left the floor, ER scathingly reproached those Democrats who seemed to be more interested in watching the clock than passing legislation. "No liberal should be more than five minutes away from where he can be reached in case of a vote until the continuous session is over," she wrote in a "My Day" column which appeared in the midst of the filibuster.

"A liberal cannot give lip service to civil rights. He must be on hand if a vote is going to be obtained on the civil rights bill in this session."

As long as this post is at the moment, it would grow considerably longer if I were to start listing more of Eleanor Roosevelt’s accomplishments. Suffice it to say that many of the liberal causes that we represent, advocate and support in our way probably wouldn’t exist if it weren’t for her. I simply can’t imagine what this country would be like had it not been for her lifetime of service.

I sincerely hope that Richard Cohen remembers that somehow the next time he writes about something as comparatively trivial as partisan political gossip.

Update 3/31: Apparently Cohen has another column to atone for (hat tip to Atrios).
Posted by doomsy at 4:01 PM