The Maestro Of His Domain?

You have to hand it to Italian Prime Minister Silvio Berlusconi. No, wait...

Oh, no that's no good, either.

Well, I'll give up and just say it straight out (I guess that's questionable too).

The guy has said that he doesn't want to have sex until after the April 9th general election in Italy. I'm not going to do the math on that, but I would guess that that's about 70 or so days. 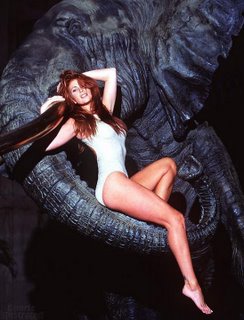 I don't know what the Italian translation for "cold shower" is, but if Berlusconi is serious, he's going to find out right quick.

And it's not like the man isn't busy. According to AGI Online, he has stated that the Italian government's contingency bill "warrants sufficient energy saving margins to avoid having to impinge of (energy) stockpiles," adding that Italy can arrange a ménage et trios with Algeria and Libya to access their gas supplies which they will then use and cheaply discard, leaving a few lira on the nightstand without bothering to call for a cab when they're done.

Having been granted the U.S. helicopter contract for the presidential Marine One recently, as well as a promise for renewed consideration for a seat on the U.N. Security Council, Berlusconi, in a glistening moment of pulsing power, has continued to support Washington, which has been difficult as of late because of the shooting of Italian secret service agent Nicola Calipari by U.S. troops. 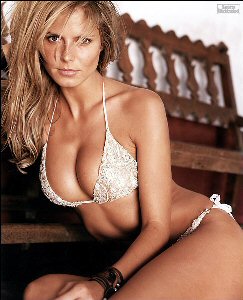 Still, Berlusconi has throbbed and burst forward with his agenda, protruding ahead of other Italian politicians in trying to solve the problem of unemployment for Sardinian trade union workers and trying to stimulate Italian economic growth while wooing and trying to seduce the European Central Bank.

What a lusty, swarthy man he is (and self-deprecating also, apparently). I don't know if he's actually much of a leader, but anybody with the guts (or stupidity) to make a promise like that rates at least a mention in my book.

Come to think of it, is it me, or does he look a bit like Kramer with a suit and a haircut? (I loved that scene in the "Seinfeld" episode where he slams down the money on the counter and says, "I'm out.")
Posted by doomsy at 8:20 PM