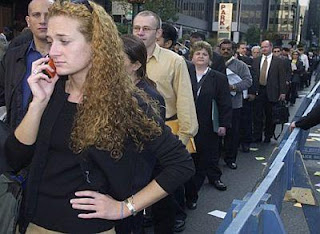 I’ve been debating with myself about whether or not I should do this, but I’m going to give it a try anyway.

I can assure you that, along with probably every other sentient being on this earth, I am utterly sick and tired of the ridiculous debt limit charade going on in Washington, D.C. (and I still truly cannot find the words to communicate my disgust with the fact that we are toying with such calamitous consequences in the process). Also, though it is vital that Rupert Murdoch and his empire of evil are flayed alive in the square of public opinion (to say nothing of subject to civil and/or criminal prosecution), I’m going to leave that to my “A” list betters to cover for now.

And just so you know, calling out the right-wing idiots at the usual places on the web doesn’t necessarily make my day either. However, I’ve always believed that you need to engage these people when you know that they’re peddling nothing but lying garbage. For now, though, I’m going to give that a pass too.

Basically, I read this story in the New York Times recently about the jobless and came to the highly unoriginal conclusion that our media isn’t paying anywhere near the attention that it should to the unemployed. And I suppose that includes this blog too. Well, I’m about to try and change that.

My plan is to look for stories/posts/whatever online content I can find pertinent to all 50 states and the U.S. territories and publicize it here. I’ll do my best to make it interesting (and this being a blog and all, please feel free to contribute anything you may wish).

As noted here, the rate in this state was 9.6 percent as of last month...

"It's very tough," said Athens resident Mike Staton, one of thousands of Alabamians who lost their job in May. Staton had worked as a contract engineer at Marshall Space Flight Center for almost ten years before getting a pink slip right before Memorial Day weekend. "It's hard not just on me, but on my family. I'm hoping that somebody will look at my experience and take a chance on me."

Officials said the April tornadoes had some impact on the numbers, but opinions vary as to how dominant a role they actually played. North Alabama Congressman Mo Brooks (R) said the real problem wasn't the weather, but Washington policies.

"To a very large degree, our unemployment situation is caused by Washington policies that simply don't work," said Congressman Brooks. Brooks believes costs associated with the new federal health care law along with talk of raising the corporate tax rate on businesses is causing many employers to hit the pause button on hiring. Many businesses have stated their unwillingness to hire due to cost uncertainty over both factors.

On the subject of Obama supposedly raising corporate tax rates, I give you this (and this tells you more about the antics of Mo Brooks; as I keep saying, people out there voted for boneheads like this guy).

Also, here is a story about help for unemployed Alabama homeowners, who may qualify for as much as $15,000 in assistance.

Good news, residents of that state (well, good comparatively speaking) – your unemployment rate was 7.4 percent in May (here).

As noted here, though…

Of course, when it comes to Alaska and unemployment, you know I just have to include an item like this (notwithstanding this, of course).

The only items I could find here was a story about how a 2007 increase in the federal minimum wage provided an excuse for Starkist and Chicken of the Sea to close their tuna canning operations; however, as noted here from last October, Chicken of the Sea transferred its operations to a U.S.-based company that will reopen the cannery in the territory (President Obama signed a bill into law “delaying implementation of the wage hike in American Samoa this year and next”…yeah, there goes that business-hating Obama again doing what needs to be done in this case).

As noted here, the seasonally adjusted rate was 9.1 percent last month, “at least in part because more people will be serving up burgers and fries.”

And as noted here from last month…

The Arizona Legislature adjourned a two-day special session Monday without voting on a proposal to keep 20 weeks of federally funded extended unemployment benefits flowing to thousands of jobless people.

Gov. Jan Brewer had tried to get lawmakers to change a formula in state law so jobless Arizonans could continue to receive the benefits. But several GOP and some Democratic lawmakers blamed the Republican governor for failing to line up votes to support the measure and calling lawmakers into special session shortly before the deadline for making the change expired.

The extended benefits arriving in the mail this week will be the last without a formula change. The state's unemployment has fallen enough to stop benefits after 79 weeks under the current formula. About 15,000 people are now receiving the additional 20 weeks of benefits. Arizona's benefits are second lowest in the nation, averaging $216 per person each week and maxing out at $240 a week.

And I thought PA was cheap (and it is) – continuing…

Carla Mannes, a Mesa resident who has been unemployed for about 68 weeks since losing her job in the funeral industry, said she is approaching the threshold for receiving the extended benefits. She's frustrated those who argue that extending benefits would encourage people not to look for jobs.

"I am not sure how that counts as fraudulent in trying to pay a mortgage, buy food and take care of your kids," Mannes said.

Jobs in educational and health services decreased (-1,200), as some educational facilities have closed for summer break. Leisure and hospitality added 1,400 jobs. Gains were mostly seasonal and spread evenly throughout the sector.

Here is a website that seems to provide job listings in Arkansas for older workers, and here is more about that state’s workforce services department.

What I’m really trying to find above all else are stories of the jobless, and they are plentiful at this site dedicated to those seeking work in the Golden State.

And as noted here from last October…

…Silicon Valley, the capital of American innovation has a new creation: revival meetings for the unemployed. On weekends, they come by the hundreds.

It's part how-to-find-a-job workshop, part networking opportunity with the feel of a 12-step program.

The people in the group are the faces of unemployment in Silicon Valley, people in their 40s, 50s and 60s who thought they had done everything right: earned a degree, stayed with their company, saved for retirement.

Many in the room had their hands up.

"How many of you expected to retire from the company where you were working?" he then asked.

"More than half the room," he noted.

And as of May, the state’s unemployment rate was 11.9 percent (here).

Aside from the terrible human toll of unemployment, the waste of intellectual capital going on right now is positively staggering.

July 20 (Bloomberg) -- Colorado, where unemployment topped the national average in three of the past five months, is looking to attract more technology jobs by helping employers access capital through a plan unveiled today by Governor John Hickenlooper.

"This is how we really are going to get this state going and get it back in gear," Hickenlooper said at a press conference in northern Denver at Taxi, a 20-acre complex where tech and biosciences startups replaced a storage yard for cabs and warehouses for freight.

The governor said he met yesterday with executives of Redmond, Washington-based Microsoft Corp., the world's biggest software maker, to discuss why Colorado would be a good fit with its plans to hire thousands of workers nationwide.

Oh great, Bill Gates to the rescue – let’s all learn how to make crappy software and cut the throats of our competitors (though I know beggars can’t be choosers).

The state's jobless rate fell to 8.7 percent in May, compared with 9.1 percent nationwide, after exceeding the U.S. level from January to March, according to the Bureau of Labor Statistics.

However, as noted here…

Colorado’s unemployment benefits system is “overwhelmed” according to its new director, with some claimants waiting on hold for as long as 3 hours to get questions answered.

“It’s unacceptable and we take it very seriously,” said Ellen Golombek, executive director of Colorado’s Department of Labor and Employment.

Golombek took over at Labor and Employment in January. She said the average wait time for claimants calling in for information on their unemployment claim now stands at 1 hour and 29 minutes. She thinks it should be 15 minutes or less.

“It’s overwhelming. The system is overwhelmed,” Golombek said several times during the on camera interview. “The problem persists because we are in a recession, people are laid off and are losing their jobs,” she said.

Golombek said there are now 137,000 Coloradans with active unemployment claims, compared to 2008 when about 30,000 were on unemployment. Callers now are so frayed and on edge, operators at the Labor Department undergo training to handle suicidal callers. Golombek acknowledged that 15 employees just went through “specialized training” to handle despondent claimants.

So good luck, all you Coloradans, along with the rest of us.

I’ll pick this up later but I’m not sure when – probably sometime next week.

In today's paper is an AP report about a study that shows corporations sitting on gluts of profits but not hiring because consumers are not spending money.

It goes on to say consumers are paying down their debt because they no longer have job security.

It also says corporations are making those they have employed work for less and work longer because they know they have them between a rock and a hard place.

So the Oligarchy is running the country, it is no longer a threat.