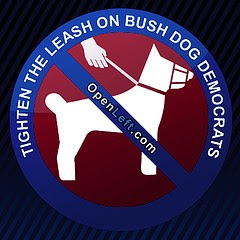 It looks like our favorite Internet service provider and cable TV company is once again deciding what it believes to be appropriate content; Comcast has censored an ad for Blue America to be run against Democrat Chris Carney because it cited a “factual inaccuracy.”

Any word on what that might be? And any word why Comcast couldn’t just run the ad with a disclaimer absolving itself of any liability if that’s the case? Any word on whether or not they’ve asked Blue America to make any necessary changes?

No, of course not. See, Comcast is an “old hand” when it comes to trying to decide what should and should not be routed through its “tubes,” if you will (Bruce Wagner has a catalogue of this stuff here – also, this tells us about one of the company’s high-placed friends, and this tells us of its rather interesting customer support in a post about its loss of subscribers and blocking of a rival’s file download application).

And this tells us the latest from Tim Mahoney, who, strangely enough, has decided that he doesn’t want to support Barack Obama for president (like Carney, another “Bush Dog” Dem, with most of this group – with the notable exception of Patrick Murphy – choosing to join House Repugs in a happily failed attempt to grant immunity to the telcos as part of FISA “reform”).

To me, it sounds like Mahoney (in typical “Bush Dog” fashion) is running away from the party he purports to represent in the U.S. House (the seat formerly held by Mark Foley, he of the suggestive Emails to House pages), cowering in fear of his FLA Repug opposition. And apparently (based on the Democratic Underground post), this could have been avoided if Rahm Emanuel and Karen Thurman of the DCCC had supported the eminently better David Lutrin instead.

It would almost be worth it to watch Mahoney lose and give Lutrin another shot. If there’s one thing I hate worse than intolerant, crooked Republicans, it’s cowardly Democrats.
Posted by doomsy at 11:35 AM