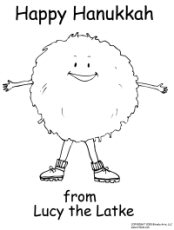 You can just about take for granted any more that a story such as this one will appear at about this time every year from now on.

I think part of the problem is that those who feel Christmas is being slighted by wishing someone "Happy Holidays" don’t understand the flexibility that our founders built into the U.S. Constitution regarding religion when they wrote the so-called “Establishment Clause” in the First Amendment. The amendment states that there can be no federally sponsored religion, but it also allows for the states to do pretty much whatever they want, including celebrating whatever holiday is applicable for people of other faiths. Another part of the problem is that the people stirring this up (Falwell, O’Reilly and the other “usual suspects”) are trying to create controversies wherever they can in a continual effort at distracting us from taking a good, hard look around and realizing what a mess the politicians they support have truly made of this country (such as that Texas congressman who wants to look into the college bowl “scandal”).

Also, as far as the “Christmas Only” crowd is concerned, anyone celebrating Hanukkah or Kwanzaa is out of luck, right? What a great attitude – so in keeping with the teachings of the individual whose birth we’re celebrating.

In a partly related vein, I should note that I came across a CNN/Money story of what the “hoi poloi” are going to buy for themselves this year (Dubya’s “haves” and “have mores”). In the story, they mentioned something called an “Oculas”. Here is a description from the story:

So when I saw the Oculas, I knew it was the perfect gift for him. This egg-like multimedia shell not only lets you shut yourself off from the rest of the world, it offers 5.1 surround sound and the built-in leather chair will even give you a massage as you blast away the Covenant Elite (note: I think the "Covenant Elite" reference pertains to a video game or entertainment system they mentioned earlier - have to check, even though it's beside the point). Everything from lighting to the whisper quiet door is controlled by a touchscreen within the Oculas. The price? Just $43,166.

on December 7th all day and night..
Go to http://www.technorati.com (the blog search engine)
and enter the term NixEclips

Nixie is not well, and needs you love and attention to feel wanted and in order to get better.
When I asked him if he could have anything in the world, what would he want, he looked up at me with those little round eyes, and said..
“I wanna be more famous than Daphne Tao.. just for a day.”

Remember go to www.technorati.com and enter nixeclips into the search engine, over and over and ovaer again, all day until you see NixEclips in the top 10!

Please pass this on to every blogger you know, far and wide and every person you know blogger or not.
We are trying to make a deserving young man’s dream come true!