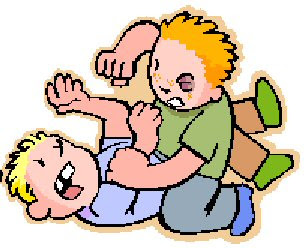 This is an occasion where words pretty much fail me (well, not completely).

In a year and a political climate where all of the foul Repug chickens, as it were, have come home to roost (Iraq, domestic spying, continued inaction on the climate crisis, obstructionism by Incurious George on all manner of legislation from the 110th Congress, the possible onset of a recession...for everyone, including the investor class...due to the subprime mortgage debacle - and note that legitimate Immigration reform, though important, isn’t on the list), reflected in the fact that they trail the Democrats in fundraising (and in congressional races also), you’ll never guess how they’re choosing to spend their money.

By attacking each other! O happy, happy day!!

The group, Freedom's Watch, launched the ads Wednesday, even as Bush delivered a renewed call for keeping U.S. forces in Iraq. The money will pay for ad placements on national cable and local television stations as well as on radio and the Internet.

The ads will run in 20 states and will urge viewers to ask their member of Congress to stand by Bush's plan. Organizers of the effort would not identify the targeted lawmakers, but a review of the initial TV ad placements done by a group opposed to the war shows most of them are in Republican congressional districts.

And look who’s on the list from PA; why, that would be Our Man Arlen Specter and Jim “Robo-Call” Gerlach.

This is way too damn funny…

Update: And former White House PR flak Ari Fleischer ends up with egg on his face? Better and better...
Posted by doomsy at 2:18 PM