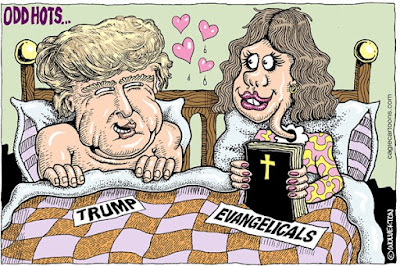 Chris Hayes talks with The Rev. William Barber about the Christianity Today editorial criticizing the Gropenfuhrer (I know I already said a thing or two into this, but I think Barber’s take is noteworthy here - and the fundies are just so charming aren't they, as noted here)…

…and John I., Cenk and Ramesh Srinivasan of TYT tell us about more garbage in our pork (far fewer inspectors and turning it over to the plants to inspect themselves…what could go wrong? And kudos to John for bringing a little fire here…just a personal note: Cenk isn’t kidding when he talks about eating overseas versus eating in this country; I couldn’t get over how much better the food tasted when we visited the UK a few years ago – this was all documented in “Fast Food Nation” awhile back, and it’s only gotten worse since then of course)…

…and RIP William Greider (here), shown here talking about the attempt to loot Social Security under Obama…they’re going to keep coming back for that and Medicare over and over and over…

...and about Greider, I would say this was an interesting bit of foreshadowing, though the reality is more complex I realize...

Bill Greider, 2014: “if Hillary Clinton is the nominee in 2016—any hope that Democrats will embrace the imperative for fundamental change will be lost. Dems will become the party of the past, defending wrong ideas that failed and losing more elections.”https://t.co/HqRYMRKN6T


…and as long as we’re acknowledging some who has recently passed on, I think we should pay tribute to some other musical folks who left us in the year that is coming a to close – beginning with Ric Ocasek of The Cars…

…and Ginger Baker of Cream. 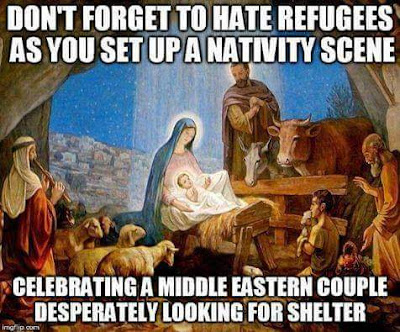 (A note: I will likely return to my somewhat irregular posting schedule after today.)

Well I’ll be…it looks like some of the evangelical sheep aren’t all that thrilled with being “shorn,” if you will, by the Gropenfuhrer (kudos to Mark Galli for pushing back - and leave it to that journalistic fraud Christine Flowers, - who, for some reason, continues to actually draw a paycheck from Inquirer.com – to use this story as an excuse to perform an act of utter avoidance of Mango Mussolini’s many, many character flaws, which are very much in issue here, and attack Joe Biden, Nancy Pelosi and progressives overall instead – what a hateful, pathetic harridan that woman truly is…here)…

…and Farron Cousins tells us about the U.S. Senate Dems FINALLY pushing back against Sen. Mr. Elaine Chao on all of the legislation that has effectively died on McConnell’s desk (more here)…

…and New York Times reporter Jeremy White tells us about buying a gun kit and building one without a serial number (and I hope Andy Lander or his family or friends are never the victims of violent crime, particularly from one of the weapons of the type described in this video, but if they are…well, then maybe he’ll be able to console himself with the idiotic pabulum he dishes out here about having to protect himself from the big, bad “gumint” – and “Glocktober,” huh? Cute…)…

…and see what happens when you elect Democrats, people? Kentucky Dem Gov. Andy Beshear is expanding voting rights, as opposed to GA and WI (and as Cenk and Ana of TYT note, that isn’t necessarily a guarantee that that will help “Team D,” but in terms of basic fairness, it’s definitely the right thing to do)…

…and I now give you the latest installment of “This Day In Doomsy History” from 12/26/09 – the following is a “Rethink Afghanistan” clip from Robert Greenwald and Brave New Films featuring former Dem U.S. House Rep Alan Grayson (an update is here)…

…and this pretty much marks the end of my seasonal selections (sniff :-).

Posted by doomsy at 8:08 AM No comments: 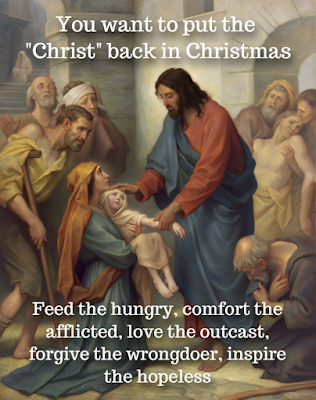 Wishing you all the best of the season from me, Nat, and the gang.

Posted by doomsy at 8:20 AM No comments: 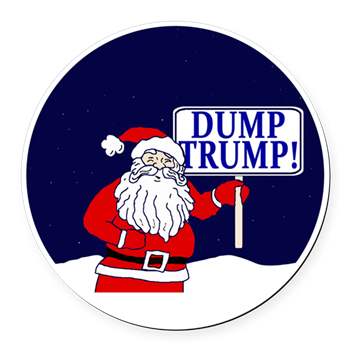 John I. of The Damage Report tells us about the Gropenfuhrer saying climate change is a hoax (of course) and criticizing wind power as only he can (anyone responsible for electing this corrupt, brain-addled meat sack should be cast into irons and pilloried in the town square)...

Update 12/27/19: The prior clip related to climate change was somewhat amusing, in a "gallows humor" kind of way I guess, but I definitely can't say the same thing for this.

…and Rachel Maddow tells us about more voter purging in Wisconsin and Georgia; as usual, the Repugs can’t win an election without voter suppression and intimidation (more here)… 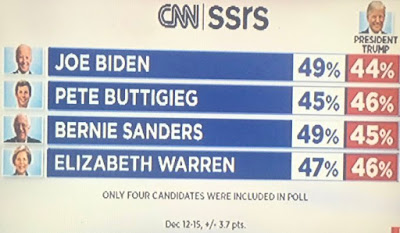 …and this clip from David Doel of The Rational National tells us that Bernie Sanders’s support keeps growing - yeah, I know this is more "horse race" stuff which usually I can't stand, but it is a bit interesting I have to admit...

...and I think it takes a true adult to admit when he or she is wrong, as Bernie does here about his vote for the Afghan War (from The Majority Report, and Sam is exactly right about Biden not acknowledging his failures, and that's really true about just about everyone else also)...

...and we're winding down with the seasonal selevtions, but here are a few more. 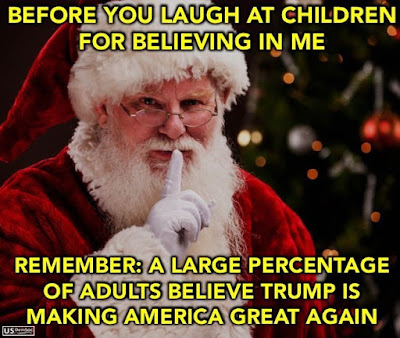 Wow, it looks like the “party of Lincoln” has some kind of a pulse of respectability, as it were, coursing through its metaphorical veins, or at least the group Republicans for the Rule of Law has it, as opposed to the party overall, as Cenk and Ana of TYT tell us…

...and Brian Tyler Cohen tells us about Mango Mussolini maligning former Dem Congressman John Dingell, who, being dead, cannot defend himself (and kudos to Debbie Dingell for somehow finding the grace to not tell our Orange Traitor what he can do with himself)...

...and Farron Cousins tells us about the USDA listing the fictional country of Wakanda on its website (INCOMPETENCE FOREVER!)...

...and Michael Brooks and the TMR crew tell us about Steve King falling for a Starbucks troll (easy on the “boomer/Internet” stuff Jamie - :-) - mildly NSFW…

...and we're winding down with the seasonal selections - here are a few more.

Posted by doomsy at 9:47 AM No comments: 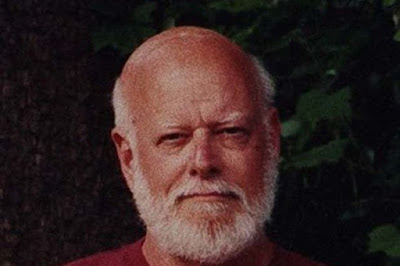 Like most of you I’m sure, I’m in the midst of the typical Christmas/holiday stuff in anticipation of the big day, as it were. And I guess that is probably a really boring way I’ll admit to lead into the fact that I received a bit of jarring news related to this site a short time ago.

This is a link to an excellent tribute to Shaun Mullen written by Valerie Russ at inquirer.com. Shaun passed away recently, as noted in the story – natural causes were cited. He wrote at the blog Kiko’s House for many years, though his career in journalism was rich in reporting on all sorts of major stories from the Vietnam War (about which he authored a book of Philadelphia residents who were casualties) to the MOVE bombing (which, most definitely, is a landmark story in this area, and not for positive reasons overall). As noted in Russ’s tribute, Shaun worked at an editor at the Philadelphia Daily News for many years.

There was a time when I was trying to build up the profile of this site by writing longer-form pieces with more links and also leave comments at other noteworthy sites (Shaun’s site and Above Average Jane come immediately to mind, as well as The Existentialist Cowboy, and Avedon Carol’s site, the name of which escapes me at the moment). For all kinds of reasons, I was not able to devote the time and effort into accomplishing the goal I set out to achieve in the beginning, but I still believed then as now that I can accomplish some good in constituting this site as you read and view it today.

When I was able to write longer pieces with more links way back when, Shaun was gracious enough to leave comments. That is something he most definitely did not need to do, but I appreciated it and still do. In case you haven’t guessed, I do this as a hobby pretty much; as previously noted, this is not a source of income. Thankfully for me, I don’t have to worry about making a livelihood out of this. Again, I’m not complaining, since that’s more my responsibility than anyone else’s. Shaun was the seasoned, actual journalist, and if I manage to concoct something akin to actual journalism at this site, it’s probably more of an accident than for any other reason.

I guess you can consider this my way of saying thanks to Shaun for his support. We need all of the courageous voices of independent journalism we can get. Now that Shaun’s has been stilled, it’s up to us to continue to advocate for those who need whatever support we can muster in order to ultimately achieve something akin to social justice. Put another way, as Ted Kennedy said about Bobby at his brother’s eulogy, “Some men see things as they are, and ask why. I dream of things that never were, and ask why not.”

I don’t know if Shaun would have wanted that kind of an epitaph, but my guess is that, somehow, he wouldn’t have minded it too much either. 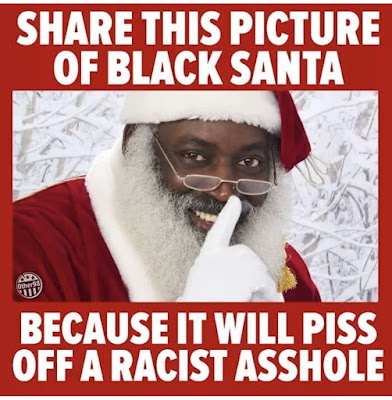 As we know by now, Tulsi Gabbard voted Present to both of the Democratic articles of impeachment against Generalissimo Trump, which is, to be sure, patently absurd for the reasons noted by Cenk and Ana of TYT in the clip…

…and I have to admit that I had no idea what a truly foul, fetid human being Matt Bevin was until this story (a sickening update is here - don't understand the point of mentioning Kasich and Beshear at the end, but whatever)…

…and on a less nauseating note, Kyle tells us about Bernie getting in the faces of Biden and Mayor Pete over their big-donor contributions, with Bernie claiming more small-donor contributions than anyone else (no “wine cave” issues here, and the Trump comparison at the end is a little disturbing, but apt all the same)…

…and here are more seasonal selections.

Posted by doomsy at 8:20 AM No comments: